Will be held for the third time, from  May,7th  to 11th Sesimbra , Setúbal and Palmela , another edition of Finisterra Arrábida Film Art & Tourism . This year's festival has the participation of 47 countries.

After the motto of the Serra Arrábida, in the first edition , the Sea and the Discoveries in the second , the Finisterra this year 's theme is Luís Saldanha Marine Park , which locates at the Arrábida Natural Park. 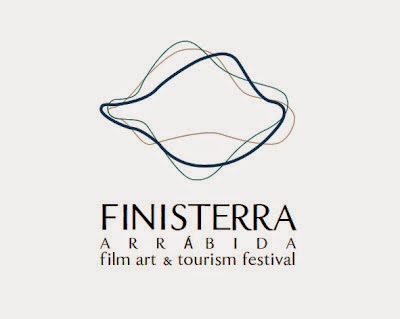 The Finisterra Arrábida Film Art & Tourism , was born from an idea of Carlos Sargedas , director of the festival, during the celebration of 600 years of Cape Espichel and aims to promote Arrábida Region and Cape Espichel as the setting for films, witch will attract an audience that will visit the places where their  favorite movies were played.


The Arrábida and Cabo Espichel have hosted for the filming of movies such as " The House of the Spirits ," " The Convent " , " Hornbloower ," " The Russia House "," The Invisible Circle " , "Guliver´s Travel " , " 007, at His Majesty Service," " the Night Train to Lisbon " , among many others and brought to the region names as Jeremy Irons , Caterine Deneuve , John Maicovich , Depardeux and Cameron Diaz

The contest will be about 230 film from 47 countries in four categories : advertising film , films Disclosure / Promotion , Movies Documentary / Reportage and Timelap.

The Finisterra this year will also feature several parallel events to the festival itself . On May 5 and May 6 will take place in IPA and ISEG a conference under the theme " Tourism and Cinema " . Will also take place a showcase of wines from the region of Setúbal and Palmela , a tasting session of Azeitão  cheeses, and fashion and nature photografic exhibitions   .


The films will be shown in Sesimbra at the Cineteatro João Mota in the Palmela at Cineteatro S.João  and  at Casa da Baia in Setúbal . All places of exhibition of the films are accessible to wheel chair  and the admission is free .